Canada has lost a true patriot. Upon learning of his untimely death, Members of Parliament, embroiled in the thrust and parry of often bitter debate in the House Of Commons, sheathed their swords and asked that Question Period be suspended. They then reflected together in sadness the Nation’s great loss. Their deep sorrow crossed all  party lines. It transcended all party affiliation for in that moment of loss they were of one accord. The Nation had lost a great son and a great friend. Tory Cabinet Minister, Finance Minister held in high esteem, especially during times of crisis, a champion of the Nation, advocate for those with special needs. The very Honourable Jim Flaherty, dead at age 64.

Praises and tributes will continue to pour in for the “Irish Lion.” But the editorial cartoon, appearing in the Friday, April 11  National Post  featuring Canada’s three major political protagonists says it all… 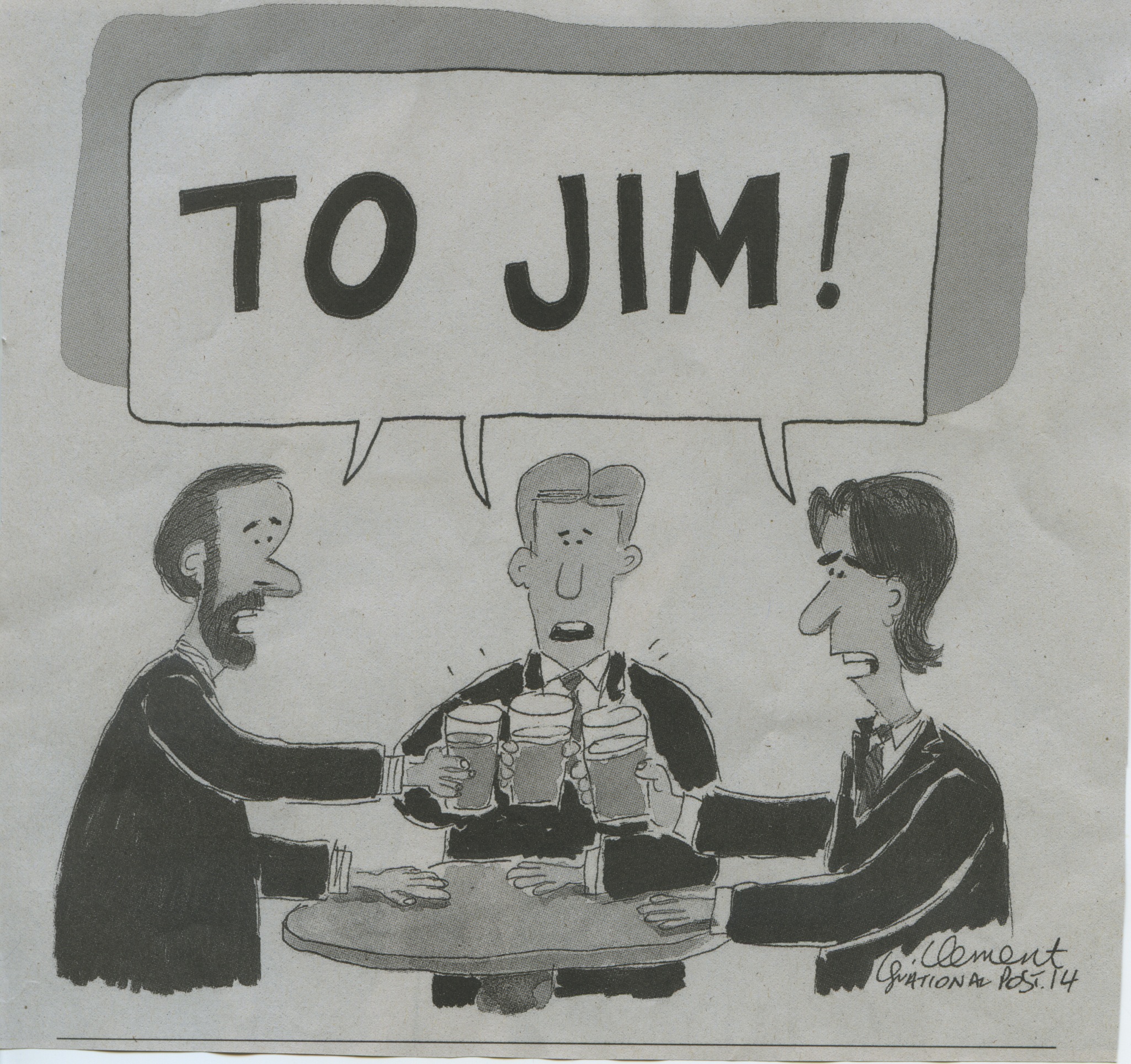