A symbol of Canadian Identity

The official ceremony inaugurating the new Canadian flag was held on Parliament Hill in Ottawa on February 15, 1965, with Governor General George Vanier, Prime Minister Lester B. Pearson, the members of the Cabinet and thousands of Canadians in attendance.

The Canadian Red Ensign, bearing the Union Jack and the shield of the Royal Arms of Canada, was lowered and then, on the stroke of noon, our new maple leaf flag was raised. The crowd sang the national anthem O Canada followed by the royal anthem God Save The Queen.

The following words, spoken on that momentous day by the Honourable Maurice Bourget, Speaker of the Senate, added further symbolic meaning to our flag: “The flag is the symbol of the nation’s unity, for it, beyond any doubt, represents all the citizens of Canada without distinction of race, language, belief or opinion.”

Well before the coming of the first European settlers, Canada’s aboriginal peoples had discovered the food properties of maple sap, which they gathered every spring. According to many historians, the maple leaf began to serve as a Canadian symbol as early as 1700.

Following are some examples of how the maple leaf grew in public consciousness as a symbol of our country until it finally became official on February 15, 1965 as an integral component of the national flag of Canada.

History records that in the first crusade, Bohemund I, a Norman lord, had red crosses cut from his mantles and distributed to the 12,000 crusaders, who then wore them as a distinctive badge on their garments.

In subsequent crusades, each nation was distinguished by a cross of a different colour. France long had a red cross on its banners while England used a white cross.  Time and again in history, red and white are found as the colours of France or of England.

Red and white were approved as Canada’s official colours in the proclamation of the Royal Arms of Canada in 1921 by King George V. 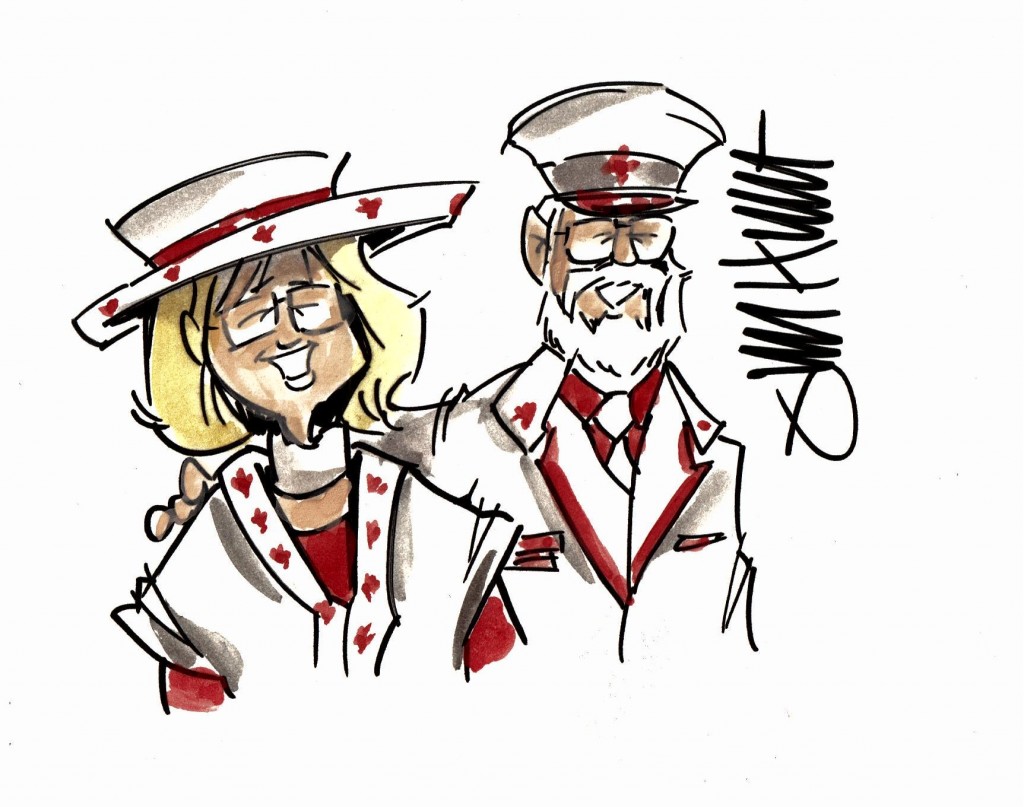